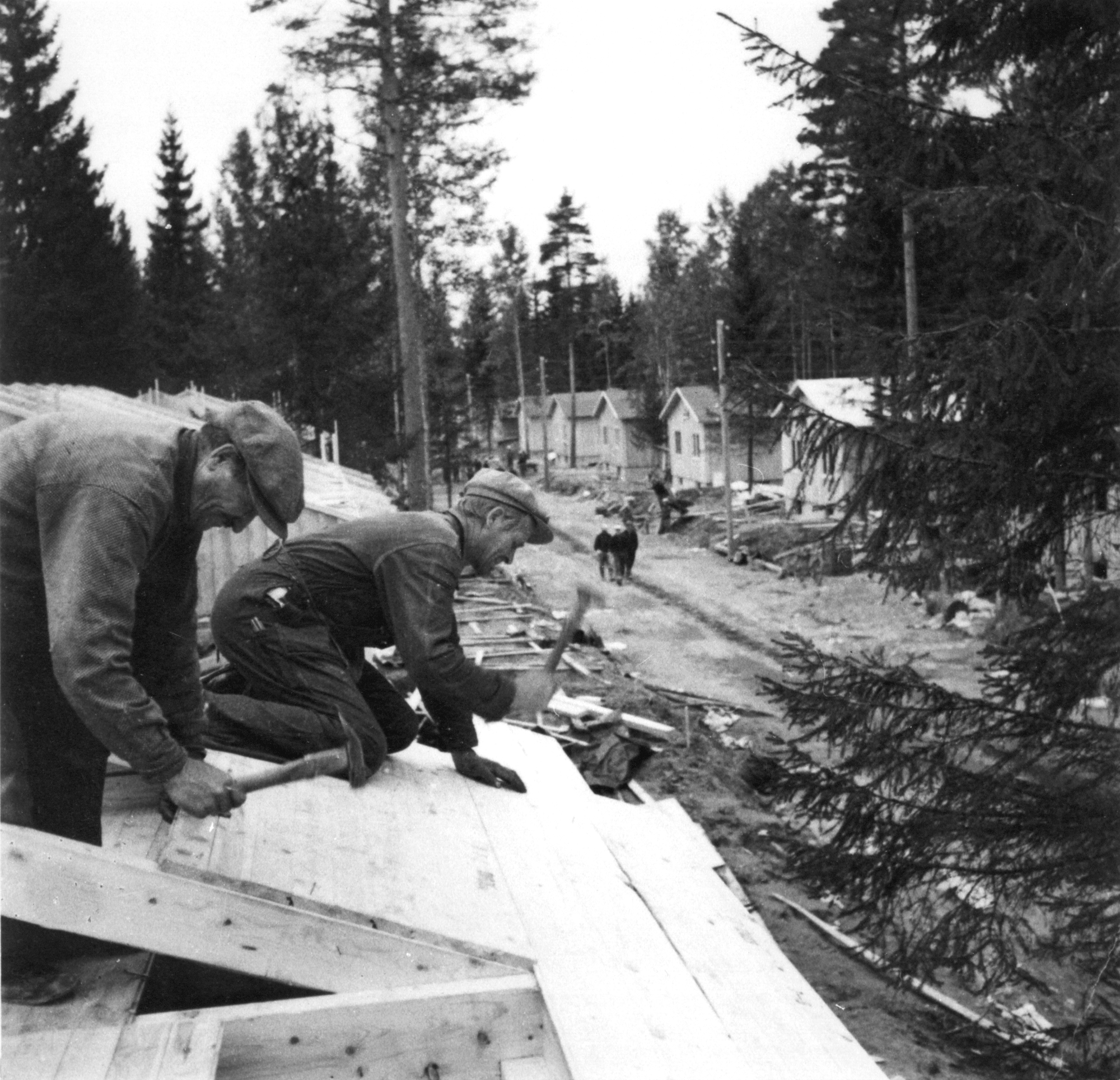 It was no coincidence that as post-war reconstruction began after the Winter War in 1940, residential building was based on the single-family wooden house. At the time, wood was the only material available for housing construction on a mass scale. The small single-family house could mostly be built of wood, and as a building type was suitable to both countryside and town. Until 1956 most were built in the countryside, as until the 1950s two thirds of Finland’s population was rural and because the countryside was important in terms of food production.

The first significant appearance of these type-planned houses were the 2000 partly prefabricated timber houses donated by the Swedish state scattered around the country. Domestic mass production followed shortly after, as Puutalo Oy and A. Ahlström Oy began producing prefabricated small houses, while the Finnish Union of Architects together with municipalities and ministries, started producing standard drawings for small houses. After the war, following standard drawings was also a precondition for securing a loan and a plot. In this way, the architecture of small houses was swiftly consolidated into a very uniform style, and though there were many different versions by different designers, distinguishing between them is difficult. Standard small housing designs spread across the country in the 1940s and 50s and it has been estimated that over 100,000 were built. The best known of the single-family houses of the reconstruction period is the gable roofed, wood clad, one and a half story so-called war veterans’ house (rintamamiestalo).

Image: A type-planned house by Lauri Pajamies is being constructed near city of Lahti. Photographer unknown, ca. 1941 © The Finnish Museum of Photography