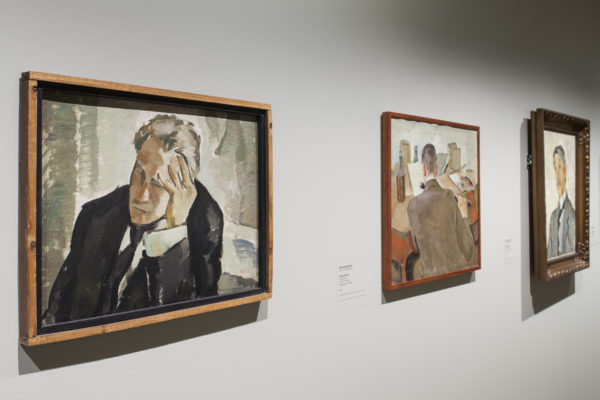 Nelimarkka decided to become an artist around 1910, prior to which he trained as a pastry chef in his home town Vaasa and completed apprenticeships in Stockholm and Germany. Artistically his most important formative influences were his sojourns in Paris and his drawing studies at the University of Helsinki under Eero Järnefelt.

After completing his art studies, Nelimarkka lived frugally in sublet quarters in the Helsinki neighbourhoods of Huopalahti and Oulunkylä, sharing digs with friends such as the poet Larin-Kyösti. Café Bronda was the centre of his social life, and Ragnar Ekelund was among his closest artist peers.

Nelimarkka exhibited actively. His final breakthrough came after a solo exhibition at the Strindberg Art Salon in 1920. The periodical Suomen Kuvalehti published a review in which Nelimarkka is described as a tenacious Ostrobothnian who “bit his lip and kept on battling, even at the risk of starvation”.