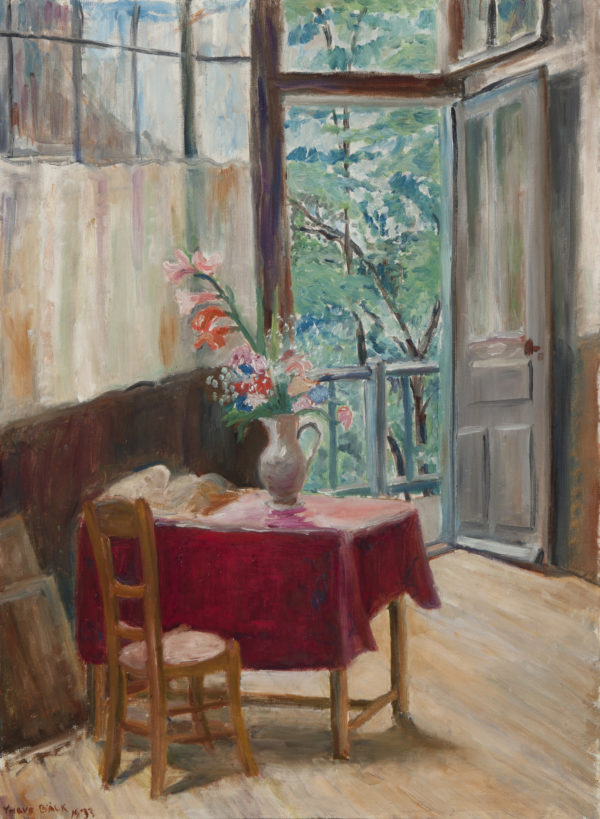 Leonard Bäcksbacka soon developed habits on his sojourns in Paris. He always stayed in the same, simple and cosy boarding house, which gave him a feeling of living a genuine Parisian life. He enjoyed blending in with the crowds, wandering the streets and getting a sense of the spirit of the times as he crisscrossed the city.

Bäcksbacka visited galleries, museums and the studios of artists who were keen for his comments or praise. His room gradually filled with finds made during his walks until it was time to return to Finland with them. Back home these objects gave rise to memories which, although fleeting, were nevertheless quite vivid. Wearing a beret, Bäcksbacka would tend his garden and in his mind be in Paris once more.