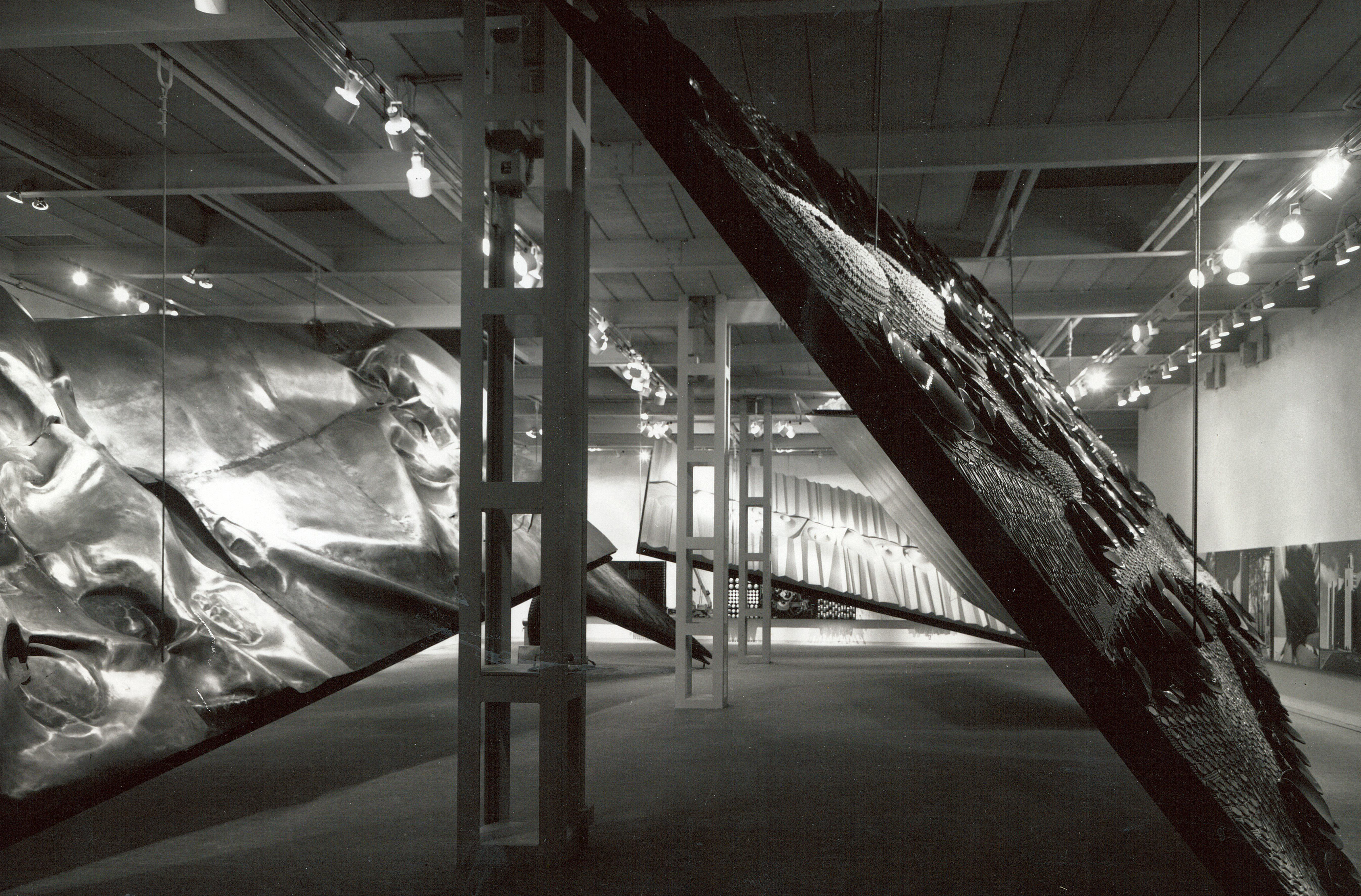 The designer Timo Sarpaneva designed the 450 m2 Finnish exhibit, named Creative Finland. He wanted to create an artistic whole that would impact visitors with its proportions, rhythms and colours. Finland was not in a position to compete on technical or scientific merits, rather the idea was to showcase Finnish industry and nature.

The exhibition area was dominated by five monumental-scale works: Uhra-Beata Simberg-Ehrström’s textile work Forest, Sun on the Fells in copper by Laila Pullinen, Birger Kaipiainen’s ceramic Sea of Violets, Tapio Wirkkala’s Ultima Thule in wood, and the glasswork Pack Ice by Timo Sarpaneva. Each of these five panels measured approx. 4.5 by 9 metres. The materials of the different works represented the main branches of Finland’s export industries and the Finnish landscape at the same time.

The vast panels were hung from the ceiling at an angle to the floor. On their reverse were black and white photographs of the achievements of Finnish industry and exhibits of its products, for example cables by Suomen Kaapelitehdas, Neolux lamps by Airam, rifles from Tikkakoski Oy, cutlery from Fiskars Oy and glassware from Nuutajärven Lasi Oy.

Sarpaneva also wanted pictures of architecture included. Because the exposition took place in Canada he felt that it was natural to include a locally familiar example of Finnish architecture as an export: the Toronto City Hall by Viljo Revell. Overall the Expo had over 50 million visitors over six months.