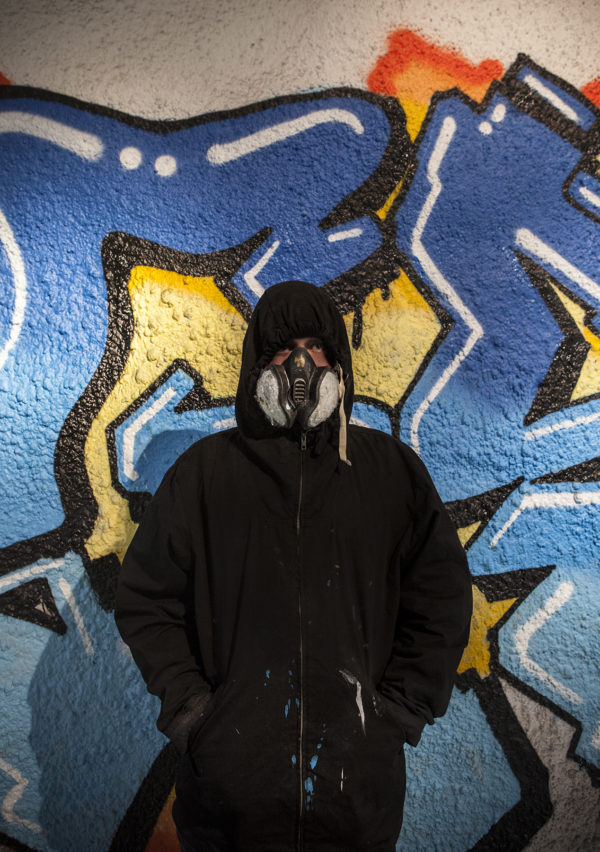 Egs (b. 1974, Helsinki) has painted graffiti in over 50 countries around the world, often collaborating together with well-known graffiti artists. In addition to painting, he has also documented the history of graffiti and researched its aesthetic vocabulary and social culture. Egs was introduced to graffiti in the 1980s by two classic works documenting the NYC graffiti scene: the film Style Wars and the book Subway Art. In addition to painting graffiti, in the 2000s Egs has begun painting works on paper and canvas, many of which depict maps of the world. Recently Egs has also branched out into glass sculpture.