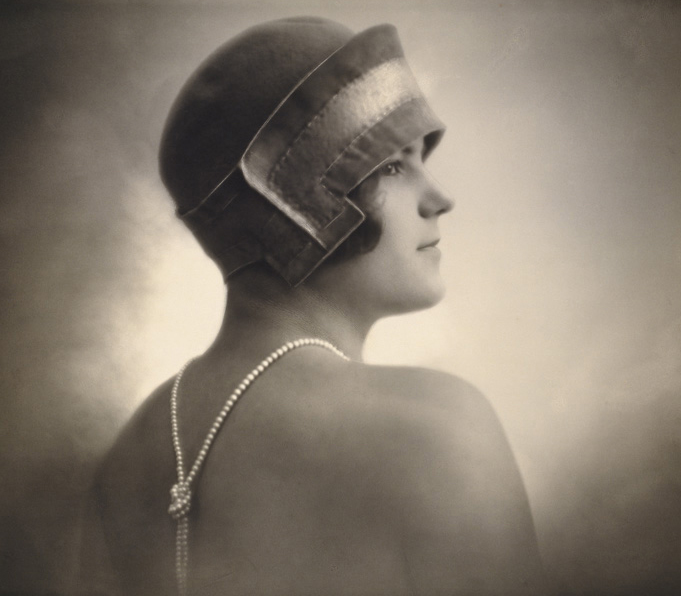 Gradually through the 1920s, women began to enter the workforce and to become more visible actors in society. The German born photographer Emmi Fock (1898–1983) used her pictures to create a new, modern ideal of womanhood.

Fock specialised in portraits and fashion and in photographing nudes and dancers. In 1922 she founded Atelier Irmelin in the city of Turku. It gained a reputation for portraits of Turku’s society ladies that used dramatic atmosphere and soft tones of a kind familiar from pictures of international film stars. In her portraits, Fock toyed with contemporary and fashionable themes like androgyny and oriental exoticism.

Fock’s clients were pioneers of international fashions and new ideas. Fock was also favoured by the fashion houses and clothing producers of Turku, and she also produced fashion images for handicraft magazines.

As art, Emmi Fock’s studies of the nude were progressive, and in the 1920s and 30s, she participated with them in exhibitions overseas. The artistic nudes of those times rarely featured individual sexuality, rather a photographer’s task had been to create a natural image emphasising the healthy human body. As a female photographer, Fock was able to test the boundaries of the nude – her women were surprisingly sexual.

Image: Portrait by Emmi Fock, 1927 © The Finnish Museum of Photography