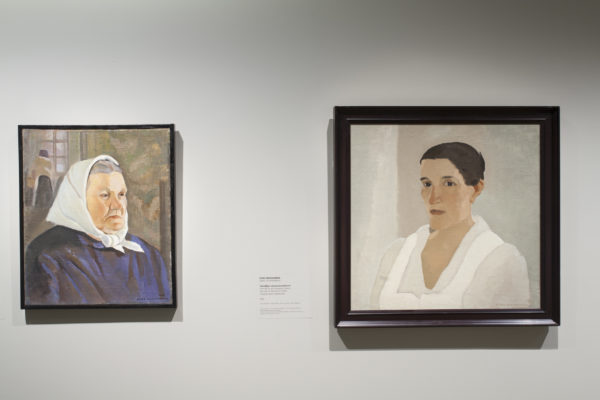 In 1916 Nelimarkka met his wife-to-be Saima Alaviitala, who hailed from Härmä in Southern Ostrobothnia.  Marriage and children were always among Nelimarkka’s cherished dreams alongside his artistic ambitions.

The couple’s four children were born between 1919 and 1925. Combining family life and art was not without its challenges. Nelimarkka travelled frequently, whether to paint, exhibit, or to earn money by selling paintings, which meant lengthy separations from his wife and children, who stayed behind in Härmä.

“The main thing is that we both fulfil our calling,” wrote Nelimarkka to his wife after she had given birth to their first child. Nelimarkka – having newly departed for Paris via London in December 1919 – evidently felt that his young wife’s calling was looking after the children, whom he in turn painted, often when they were asleep.

Throughout his life, Nelimarkka greatly admired his mother, who single-handedly raised eight children in extreme poverty. In adulthood, he retained close ties with his mother and many of his siblings.

Image: Them “Family” at the exhibition © HAM / Photo: Maija Toivanen