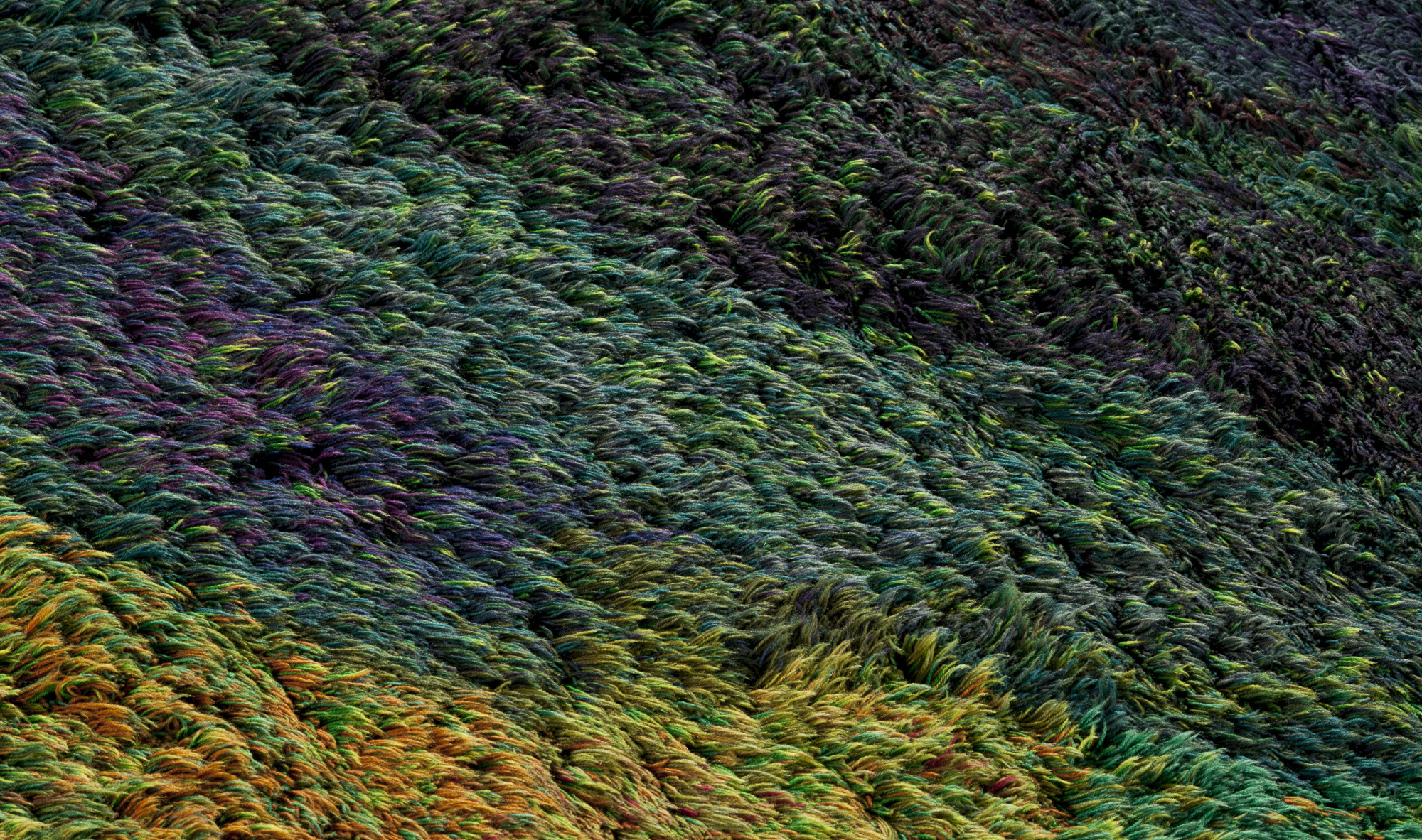 At the Montreal Expo of 1967 art was also used to showcase Finnish industry and nature. The designer of the Finnish exhibit, Timo Sarpaneva, commissioned Uhra-Beata Simberg-Ehrström (1914–79) to design a ryijy-rug with forest as its subject. The daughter of the painter Hugo Simberg, the textile artist Simberg-Ehrström was a moderniser of the fine-art ryijy-rug. She worked on The Forest over months, with the gigantic scale of the work proving challenging from the point of view of composition. The rug was realized by the experienced rug-makers of the Friends of Finnish Handicrafts under the artist’s supervision. The making of the rug’s four sections, each on a three-metre-wide loom, took a total of seven months.

At the world’s fair, The Forest enchanted with the softness and warmth of the woollen material. It became so popular with visitors that it was necessary to put “do-not-touch” signs around it and ultimately even a railing. The ryijy-rug was noted also in the international press. The Forest belongs to HAM’s collections.

The sculptor Laila Pullinen (1933–2015) was commissioned to create a work for the exhibition in metal. The idea of a work made using a mould and explosives was born of conversations with the physicist Ilkka Laakso about the construction of tips for space rockets. Outokumpu Oy the industrial partner, donated the material and the construction space that Pullinen needed. The process demanded precise blueprints and calculations. The first experimental explosions were made in the autumn of 1966. Pullinen worked on Sun on the Fells for eight months in all. It is composed of ten 3mm copper sheets.

In an informalist way, Sun on the Fells expresses the movement of natural forces, the sunset, Lapland’s stark fell scenery with its shadowy contours and its windswept banks of snow. The relief was deposited in 1969 at Helsinki-Vantaa airport, in the new Seutula-terminal building.