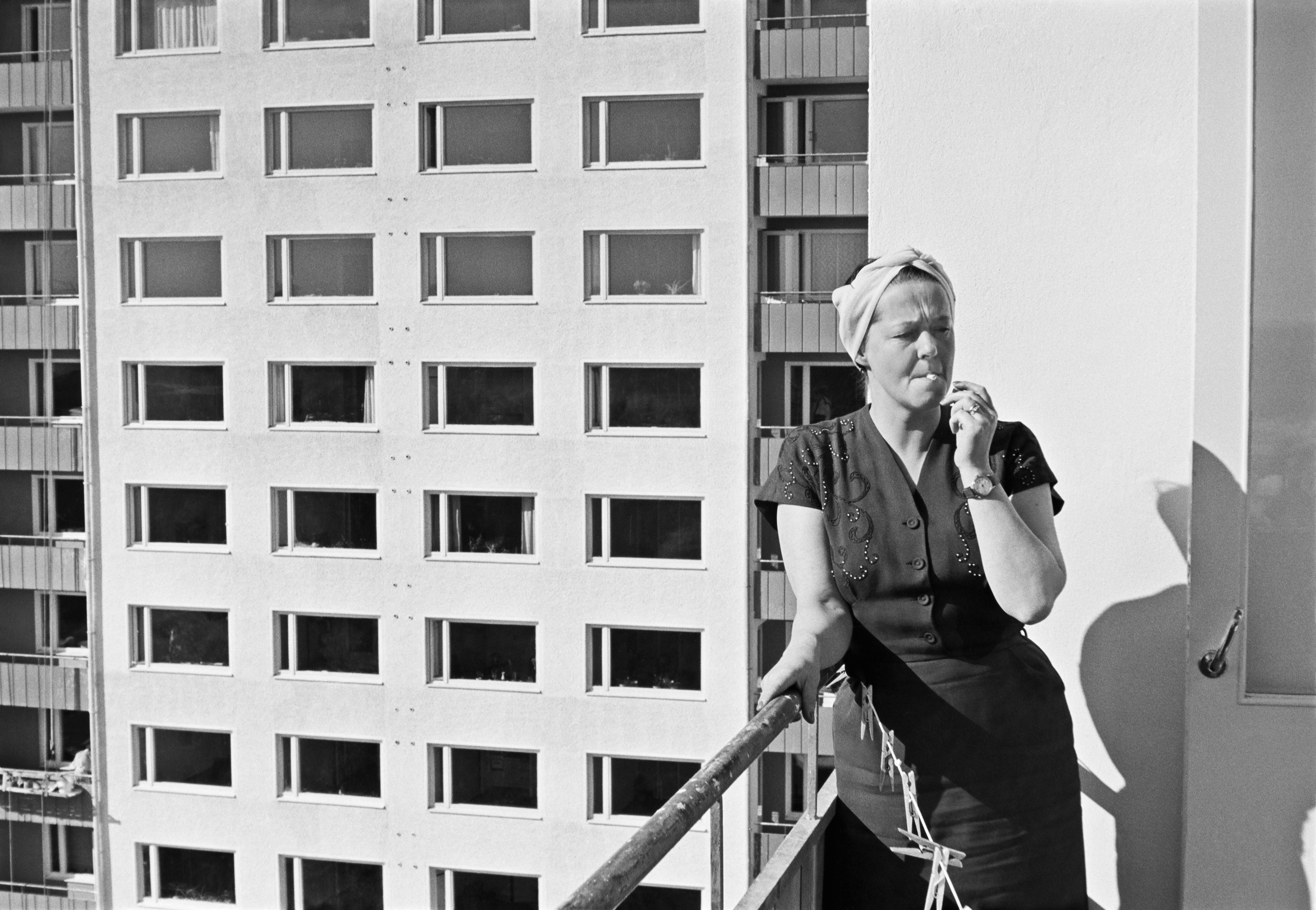 Towards the end of the 1950s, the young K-G. Roos (1937–76) was busily photographing the streets of his home town, Helsinki. The growing city and its inhabitants were caught on thousands of 35mm film frames: the prime locations of the city centre, the new suburbs and their residents, the homeless hobos of the waterfronts and margins. Roos wanted to put the city as a whole on display, and to put ordinary people first. He was interested in the influence of documentary images and in the politics of photography, and for that reason was keen to publish his own book of photographs, Ihmisten Helsinki (The People’s Helsinki), in collaboration with Jörn Donner.

At the end of the decade, another young photographer of the 1960s Matti Koivumäki (b. 1950), documented moments that captured the speed and irreversibility of the changes in the surroundings. In Koivumäki’s vision, a tractor has bulldozed a wooden house to its foundations in Helsinki’s Punavuori neighbourhood. Elsewhere children use construction tiles to make a den in the yard: the old has disappeared, the new has yet to find its shape.

Matti Koivumäki also photographed the Merihaka neighbourhood, which was under construction and a constant topic of debate among Helsinki citizens. On paper it was the ideal unit of future living, equipped with every modern convenience. Koivumäki’s pictures render this fantasy questionable. In unfinished Merihaka one sees no nature, no people and no life, none of the things that Koivumäki saw elsewhere, like the sociable everyday life of working class neighbourhoods or demonstrations. With his pictures he challenged the viewer to reflect on whether change was always for the better.