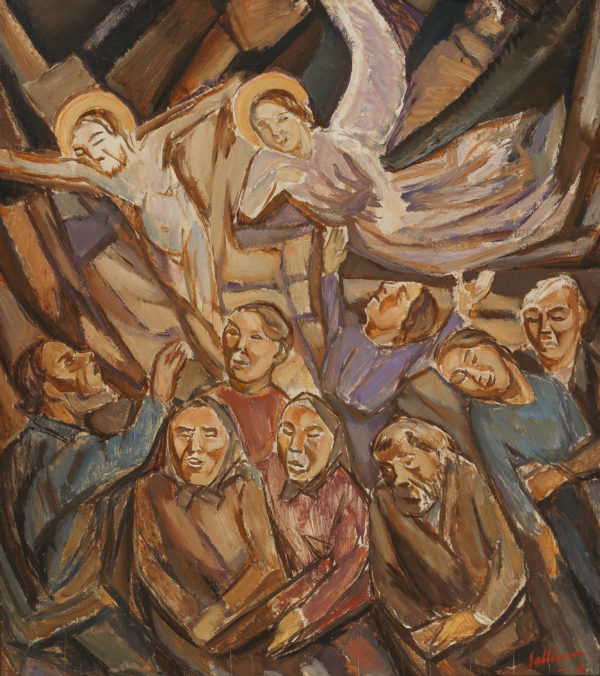 Sallinen’s childhood home adhered to a strictly Lestaedian faith, which left a trace in his adult life and his art. Painted after the Civil War, The Fanatics and Barn Dance in Mutila, dealt with ecstatic religiosity. Along with many portraits depicting the common people, these were a self-conscious protest against the romanticised portrayals of ordinary people at the time. In those socially troubled times, they shone a light on the modest and the poor.

In Sallinen’s student days, a group of men had gathered around him calling themselves “the carefree”. They were proletarian artists brought together not just by art but also by alcohol, women and defiance against polite manners.