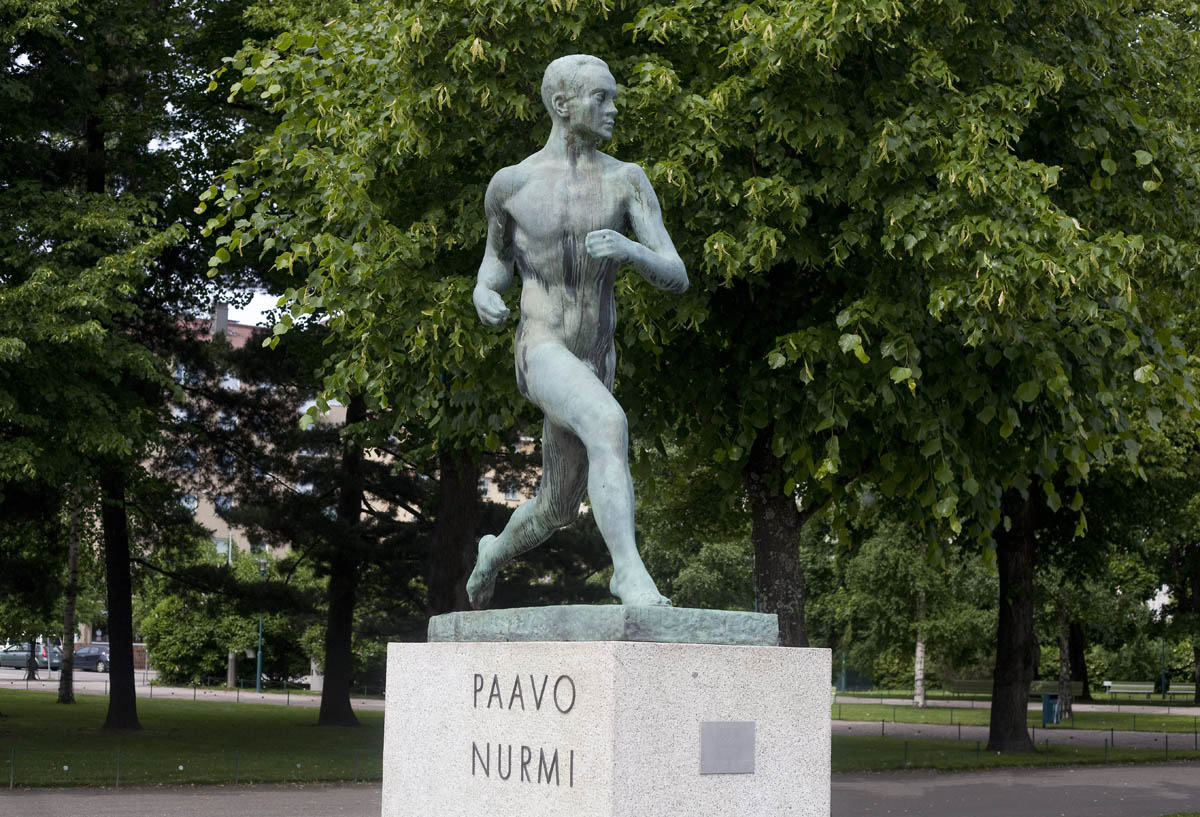 The more obscure history of the Olympics includes the art competitions organised in 1912–48, through which, it was hoped, the reputation of the sports event would grow around the world. The competition categories included classical artistic fields: architecture, sculpture, painting, literature and music. The entered works had to be inspired by competitive sports and, on the whole, to be previously unseen.

Success in the artistic Olympics came to Finland already in 1936 in Berlin, where Urho Karhumäki won gold in literature. The Olympic enthusiasm of the cultural scene was truly ignited however at the London 1948 Olympics, when Finland was represented in the arts by ten participants. The success was huge: two golds, one silver, one bronze and two special mentions. Aale Tynni won lyricism with his poem Hellaan Laakeri (Laurel Wreath of Hellas), and Kalervo Tuukkanen achieved silver in orchestral music. The architect Yrjö Lindegren won with his design for the sports centre in Varkaus, and multi-talent miracle Ilmari Niemeläinen who also took part in the diving competition, won bronze with his designs for the sports centre in Kemi.

Lindegren designed the main stage of the next Olympics, the Helsinki Olympic Stadium, and Niemeläinen the open-air swimming centre that was used in the pentathlon in Hämeenlinna.