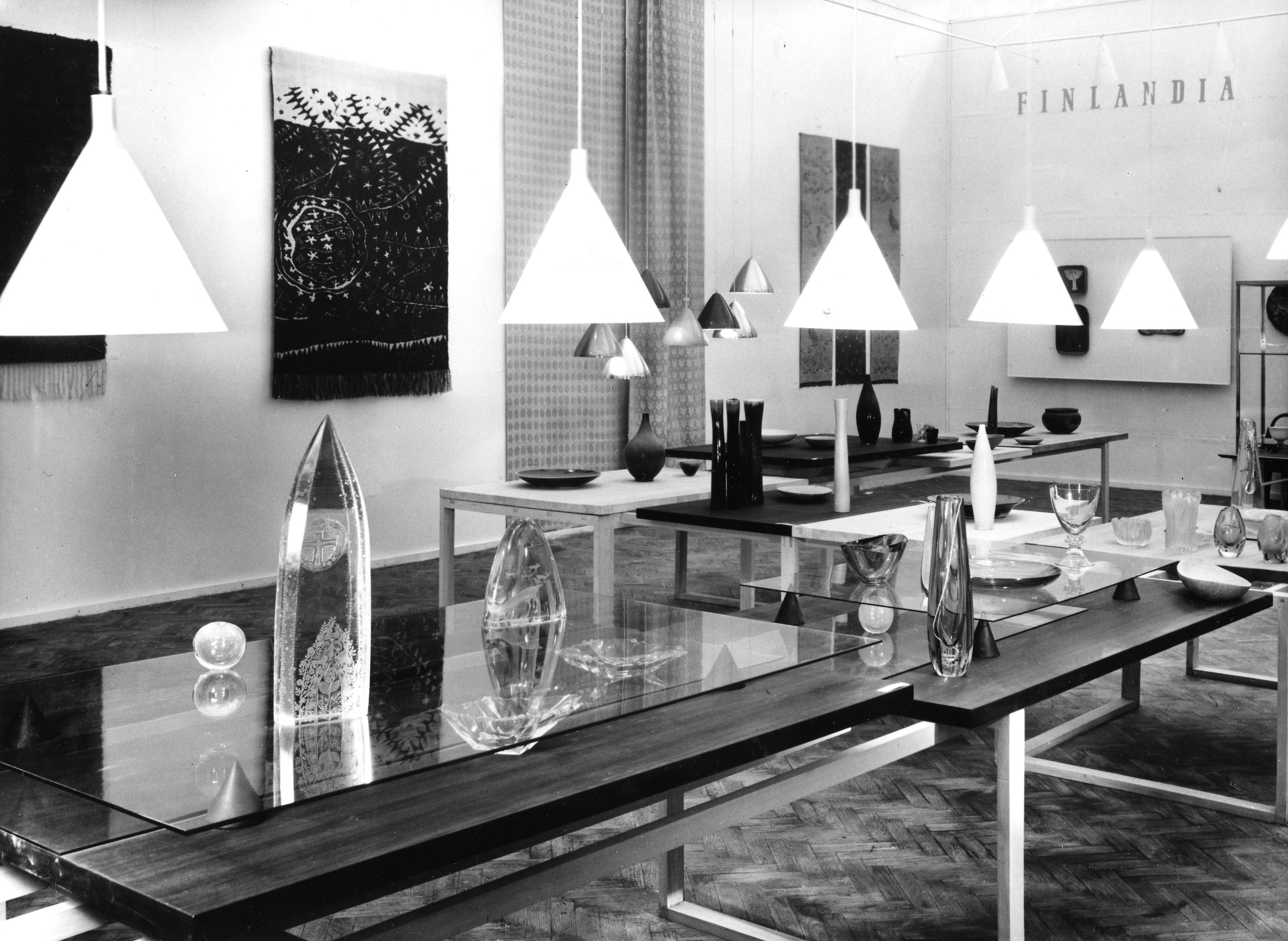 Of the international exhibitions, the Milan Triennial which started in the 1930s, turned out to be the most significant for Finnish design. Finland took part from the beginning, and in particular in the 1950s, Finnish designers and exhibition architects were showered with prizes, medals and media attention. Success came not just with products but with skilful PR and through making good use of personal contacts with local organisers. The Triennial made Finnish design renowned around the world and promoted exports. Successes at the Milan Triennial were enjoyed by, among others, Tapio Wirkkala (1915–85), Kaj Franck (1911–89) and Timo Sarpaneva (1927–2006). Their designs still grace many Finnish homes.

Wirkkala is best known for the textured Ultima Thule glassware series with its melting ice theme. His glassware series designed for Iittala, including the Chanterelle vase won the main prize, the Grand Prix, at the Milan Triennial in 1951. In addition to decorative glassware Wirkkala’s wide-ranging output included everyday household items such as the ketchup dispenser and a light switch from the 1960s. In 1951 and 1954 Wirkkala was also the exhibition architect for the Milan Triennial.

The designer of the Kilta tableware, Kaj Franck, is credited with the cry “blow up your tableware”, which in many ways reflects his radical attitude towards industrial design. Most of his glassware was designed for the Nuutajärvi factories. He aimed to bring diversity into the pressed glass collections and to reduce costs in blown glassware and he experimented with novel techniques.

Timo Sarpaneva had successes at Milan through the 1950s, and in 1957 was in charge of the Finnish exhibit’s look. His best known glassware includes Orchid and Kayak and the Finlandia series inspired by a charred wooden mold. For Iittala, alongside his artistic design items he designed several series of glassware for industrial production as well as the company’s distinctive i-logo.