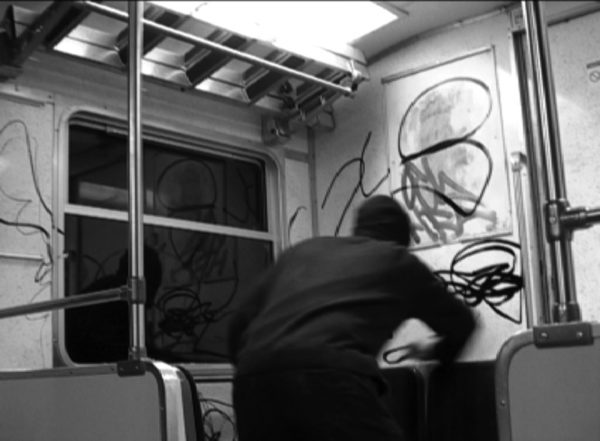 Nug (b. 1972) began painting graffiti in Stockholm in the mid-1980s. He is noted for his practice of painting trains in motion rather than stationary carriages in railyards. Nug belonged to a well-known crew calling themselves VIM (Vandals In Motion). As part of his graduating assignment for the Stockholm University College of Arts, Crafts and Design in 2008, Nug shot the video Territorial Pissing, which documents a masked man spray-painting subway trains and stations. The video gained extensive media coverage after being shown in a Stockholm gallery in 2009, and was condemned by the Swedish Minister of Culture. The art school faced a barrage of criticism and a criminal investigation ensued. The investigation was called off two months later, as it was impossible for the police to prove that Nug was the masked man in the video.