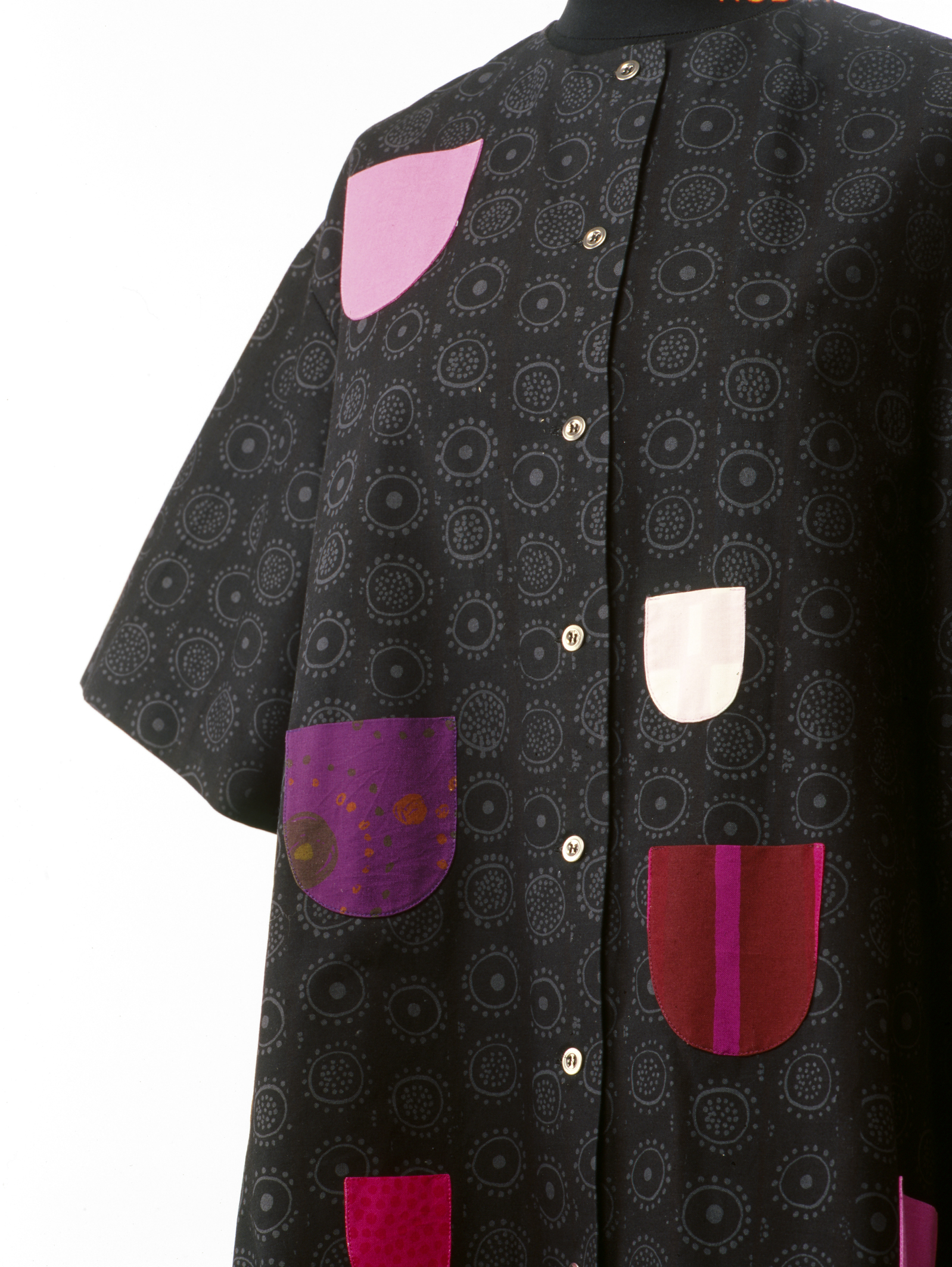 Fashion’s seasonality did not fit very well with the ideals of good design in the 1950s and 60s. Marimekko, founded in 1951 by Armi Ratia (1912–79), smoothed out such tensions by actively taking part in design-related events. In addition to clothing and fabrics, the company began to manufacture household wares towards the late 1950s.

The textile artist Vuokko Nurmesniemi (b. 1930) had a definitive impact on Marimekko’s image. Nurmesniemi rejected the body-hugging clothing typical of the 1950s and began using fewer darts and seams. Many prints and patterns born of Nurmesniemi’s work are still in use, for example the Jokapoika-shirt and Iloinen takki dress. Nurmesniemi designed for Marimekko from 1954 to 1960. She set up her own company, Vuokko, in 1964.

Annika Rimala (1936-2014) succeeded Nurmesniemi at Marimekko in 1960. By training she was a graphic designer, but as a textile and clothing designer she was quick to adopt similar principles to those of her predecessor. For Rimala the most important aspect of a garment was comfort and ease of movement, fashion came second. Tasaraita t-shirts are a Rimala design, for instance. Mostly Rimala designed her own prints, but in the early 1960s she also used Nurmesniemi designs in her clothing.