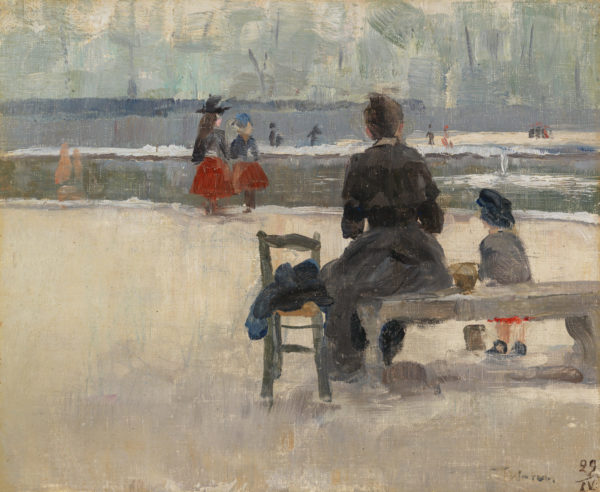 Jardin de Luxembourg in Paris is a place familiar to many Finns, even if they have never actually been there. A major reason for this is Albert Edelfelt’s painting of the garden from the late 19th century. It is often forgotten how favoured a motif the Parisian garden was at the time.

Situated in the centre of the city, the Luxembourg Garden is an oasis of peace whose verdant spaces are favoured by lovers and families alike. It offers many fun activities for children, boats you can float in a pond and the Guignol puppet theatre. For Finnish artists, painting Parisian parks was a way to measure themselves against Edelfelt, to pay him homage and also to express their own particular styles and palettes. It gave them a chance to be part of the pictorial tradition while at the same time breaking with it.