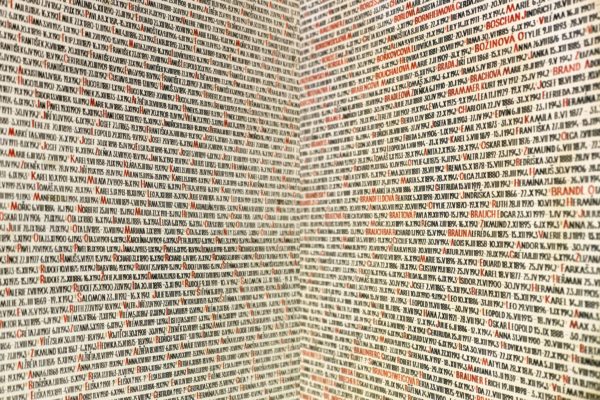 The Pinkas Synagogue is a second-oldest surviving synagogue in Prague. It was built by the prominent Horowitz Jewish family on the former site of the family’s house. Because of the problems caused by floods, the synagogue has been repaired many times. In conjunction with repairs made in the 1950s, a memorial to the Czech Republic’s Jewish victims of the Holocaust was added to the synagogue. The memorial lists about 78,000 names with dates of birth and death. The names are arranged by communities where victims came from. The memorial was designed by artists Václav Boštík and Jiří John and was opened to the public in 1960. Pinkas was closed when the Soviet Union occupied Czechoslovakia in 1968. Today the synagogue is owned by the Jewish Museum and is open to the public.