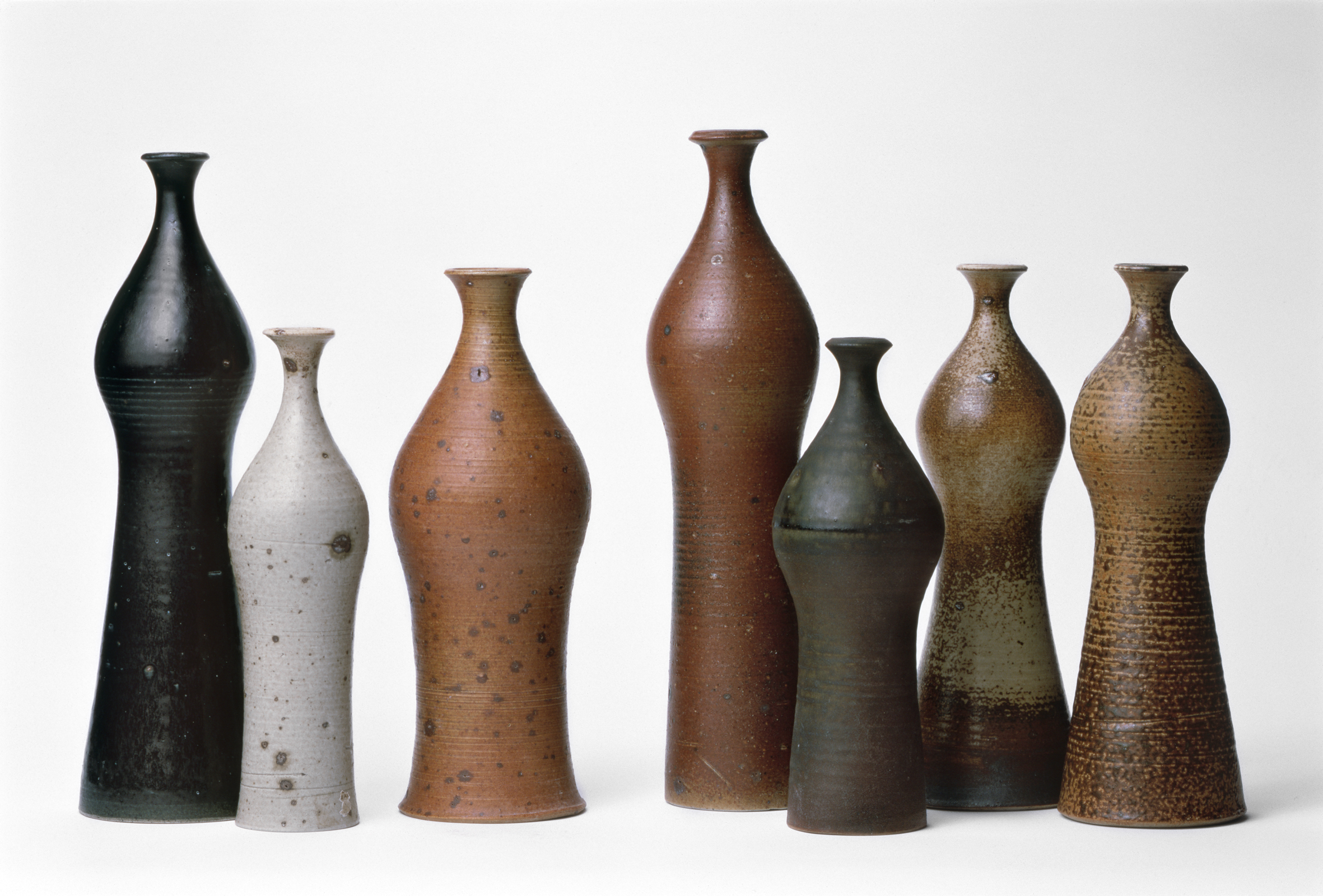 Besides Finland’s glassware designers women ceramic artists in particular developed new techniques and innovated stylistically. The ceramic artist Aune Siimes (1904–64) developed a technique for pouring soft porcelain in thin layers on a previous, sticky-dried, layer. Siimes always insisted on doing each work phase herself, such as making the admixtures and glazing. For the Arabia factory Siimes designed vases for serial production and tableware ornamentation.

The ceramic artist Toini Muona (1904–87) also pursued a career at the Arabia factory. Artists there were given much freedom and they were given support like that offered by patrons: they always received the technical help they needed while the factory itself gained positive publicity through its artists. There is something in the scale and harmony of Muona’s work, and the variability of its glazing, which shows influences from ceramics of the Chinese Song period (960–1279). Muona was fond of copper glazes which created fiery tints, such as a deep, ox-blood, red.

The Austrian-born Friedl Holz-Kjellberg (1905–93) was given permission to start up a rice porcelain department at the Arabia factory in 1942. The allure of rice porcelain comes from the material being so thin and translucent. The origins of the technique hark back to 11th-century Persia. The unfired item was pierced with a knife after which it was bisque fired at 800°C. Then it was glazed, which covered the holes in a translucent layer. The whiteness of the objects came from reduction firing, but this also brought rice porcelain production to an end: the process produced sooty smoke and had to be stopped in 1974 on environmental grounds.

Kyllikki Salmenhaara (1915–81) received prizes for her work at the Milan Triennial in 1951 and 1954. On a trip to the USA in 1956 she learned about Pueblo pottery where the clay is shaped at a potter’s wheel without ever coming into contact with tools. Salmenhaara combined the variety and liveliness of American pottery into a whole that she developed into a modern stylistic idiom of her own.