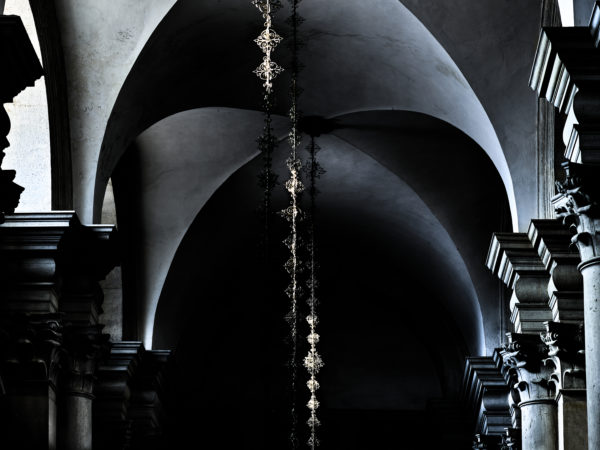 The church of San Giorgio Maggiore is in Venice. Part of a Benedictine Monastery, it is now a popular tourist attraction. Its designer, Andrea Palladio (1508–1580), was the leading architect in the region and a prominent influence in the history of Western architecture. The architectural style of Palladianism, which abounds in influences from Roman architecture, is named after him. The church of San Giorgio Maggiore was constructed between 1566 and 1610. It is shaped like a basilica and built in the classical Renaissance style. With its white walls, the interior is very bright. The building’s white façade is a fine example of Palladio’s ability to merge the forms of a classical temple with the architecture of a Christian church.