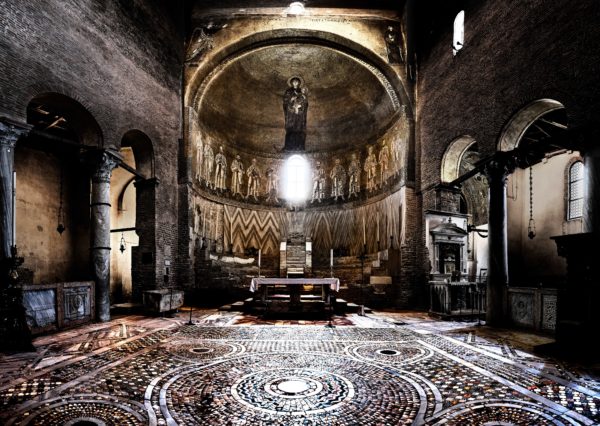 According to an ancient manuscript, the cathedral of Torcello was founded by the bishop of Ravenna, Isaac the Armenian. The cathedral is located on the island of Torcello, which today is part of Venice. During the Byzantine Era, however, the island was the closest rival of Venice. The cathedral was built in the typical Byzantine Venetian style. From the outside it looks rather unassuming, but the interior walls are lavishly decorated with colourful mosaics, which are among the oldest in the region. The golden mosaic wall in the main apse shows Virgin Mary in the centre with Christ in her arms and disciples at their feet. The mosaic is from the 11th century.