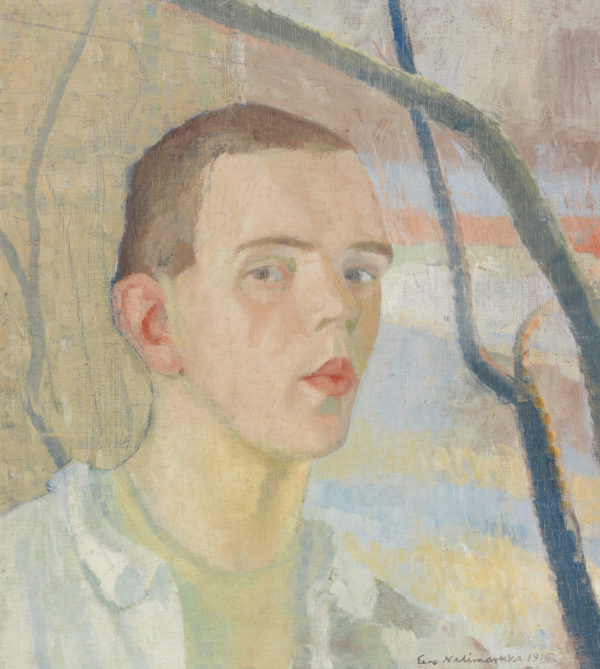 Eero Nelimarkka painted a large number of self-portraits throughout his career. Most of his early self-portraits are semi-profiles in which the subject’s gaze is averted.

In 1922 – a prolific year in his early career – Nelimarkka painted a number of self-portraits that have the flavour of role play, with hats and headgear performing a symbolic role both as emblems of either individualism or conformism. Consciously cultivating a particular image of himself, Nelimarkka invested in lavish accessories, including a three-piece velvet suit purchased during his trip to Paris in 1920.

Nelimarkka’s self-portraits offer an intriguing glimpse into his stylistic evolution. In the mid-1910s, he favoured a colour-drenched, softly shaded style, which he exchanged around 1916 for highly structural colour planes and a minimalistic palette. After the 1920s, however, he again embraced a freer, more fluid style of painting.