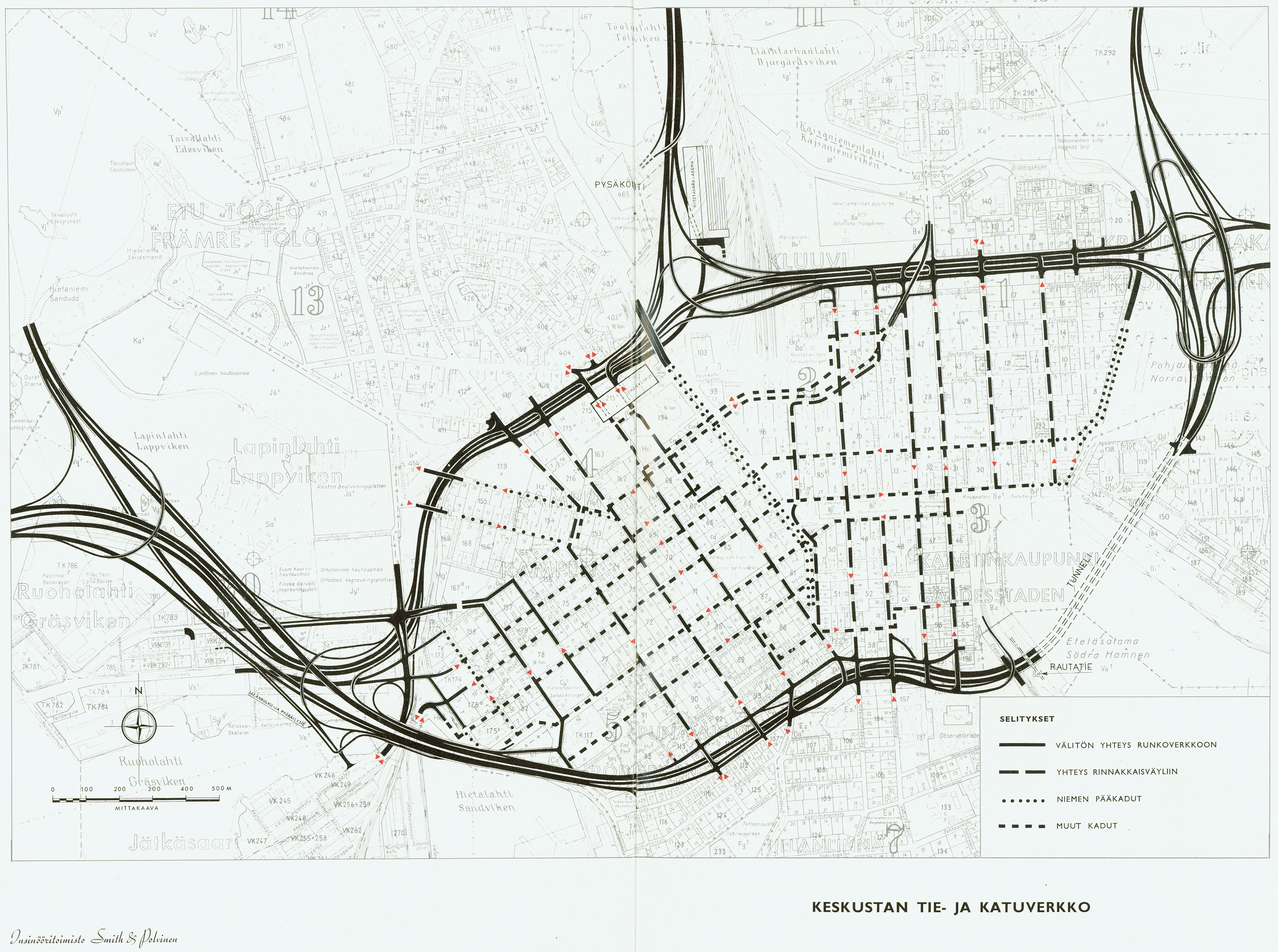 In the mid-1960s, the city of Helsinki commissioned a large transport study from the US-based Wilbur Smith & Associates and the Finnish engineering consultant Pentti Polvinen. Completed in 1968, in the spirit of the times the study proposed for Helsinki a utopian network of motorways and sketched out underground trains and projections of future traffic volumes.

Had it been realized, the Smith-Polvinen plan would have covered central Helsinki between Ruoholahti, Pohjoisranta, Tervasaari and Töölö Bay with gigantic looping motorway junctions. Liisankatu-street in Kruununhaka would have been left under a multiple lane viaduct or overpass. In the southern neighbourhoods its routing would have meant razing the blocks lying between Punavuorenkatu and Merimiehenkatu in Punavuori, the Design Museum, Museum of Finnish Architecture, the Kaarti old riding arena and the buildings of the Svenska Normallyceum (the Swedish speaking training school), and it would have cut off part of the Observatory Hill Park before diving underground into a tunnel underneath Katajanokka by the South Harbour. In hindsight one can see that the Smith-Polvinen plan was based on over-optimistic population forecasts and conceptions of growing car use.