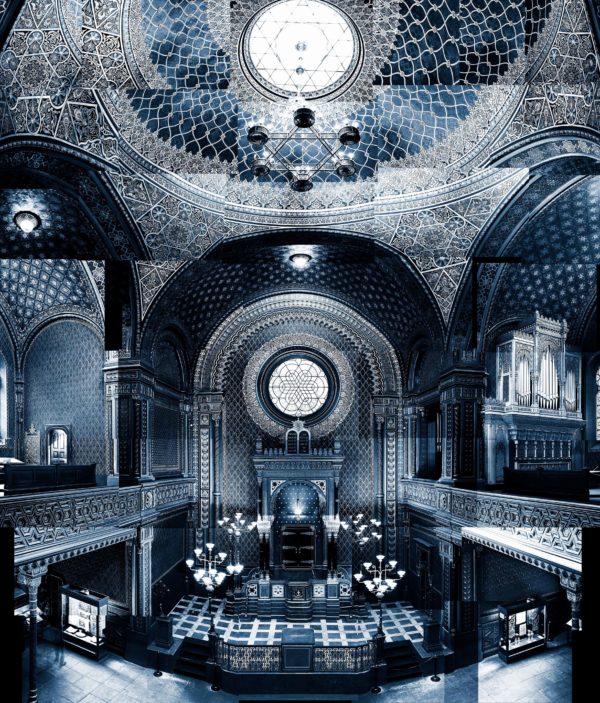 The Spanish Synagogue is situated in Prague, Czech Republic. It was built at the site of the presumably oldest synagogue in Prague. In the mid-19th century, the synagogue became too small for the city’s Jewish community and a decision was made to demolish the old building; the new one was constructed within one year. The synagogue was built in the Moorish Revival style that drew its influences from the architecture of the Moors who ruled Spain in the 8th century. During the Second World War, goods confiscated from the Czech Jewish community were stored in the synagogue. Ten years after the war, the synagogue was passed into the ownership of the Jewish Museum. The building was restored to its former splendour and reopened in 1998.