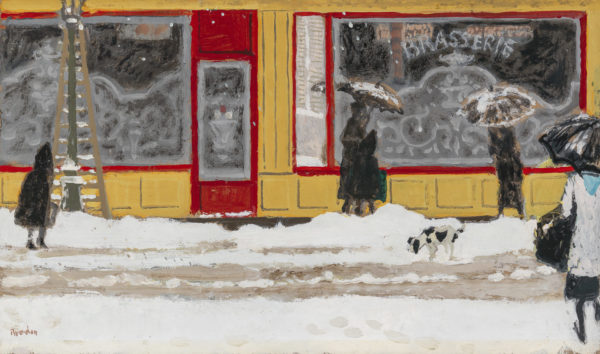 Paris changed rapidly in the 19th century: it became a city made of stone. The streets were grey and the façades and zinq roofs shimmered under the street lights only when wet from rain. The city was vibrant with crowds, lively boulevards, shops, cafés and theatres. At the beginning of the 20th century, painters of modern life began to exaggerate perspectives and focus on details they saw when walking in the city. They enjoyed the colourful posters in the streets, the rhythm of the city, its speed and sounds.

For a Finnish visitor, the Parisian gaiety might seem like a fevered and exhausting vortex from which the tranquillity on the banks of the Seine offered a quiet retreat.