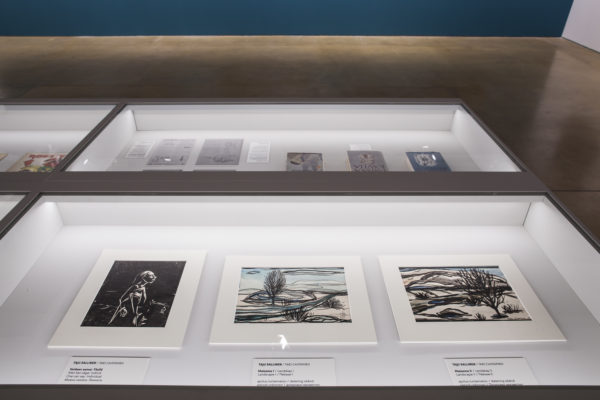 Tyko Sallinen’s and Helmi Vartiainen’s second daughter Taju lived most of her life with her father and became a well-known author under the penname Irja Salla. Her book Isä ja minä (Father and I) was written while she was undergoing treatment at Nikkilä psychiatric hospital. Taju also had gone to art school, and particularly in her later years in Nikkilä she painted. She died there in 1966.