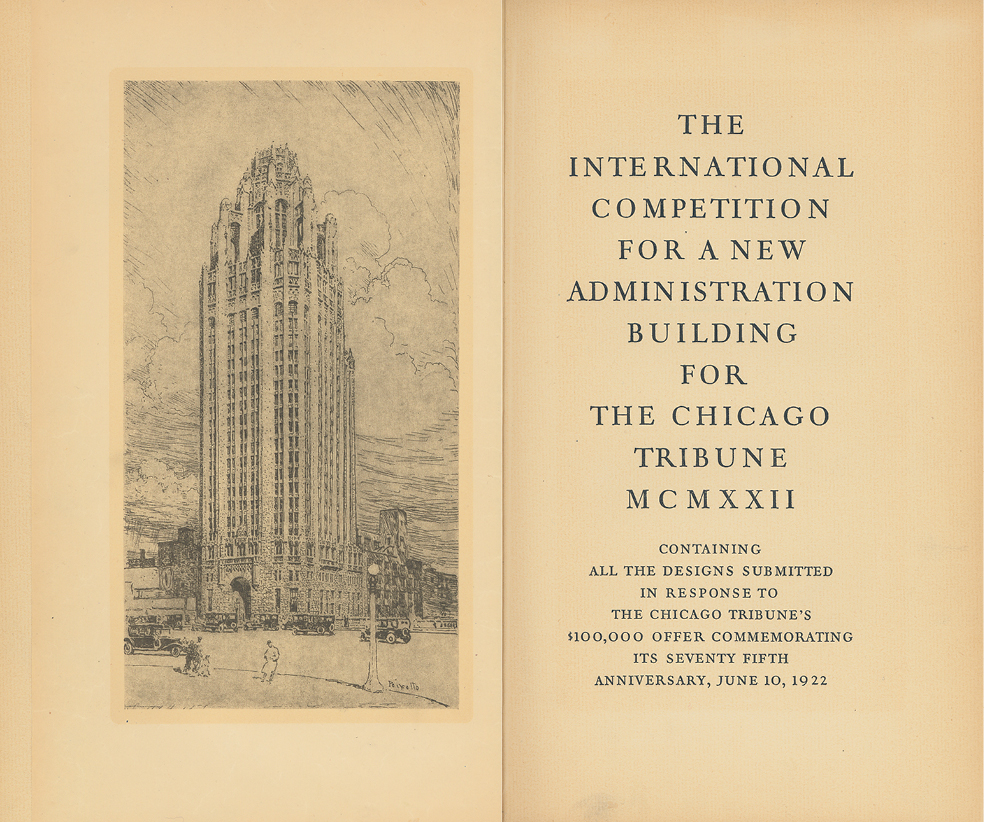 The jury of the Chicago Tribune Tower competition had come to an interim decision on the winning entries already a week before the deadline. Two days before the deadline, an entry arrived from Finland of a “colossal beauty” that forced the jury to include it among the potential winners.

The competition drew 263 entries from 23 countries. The winning design was by New York’s John Mead Howells and Raymond M. Hood. The entry by Eliel Saarinen (1873–1950) came second, despite the fact that the architect had never himself seen a skyscraper. Louis Sullivan, a pioneer of skyscraper design, saw the entry as the most influential work in the history of the building type. Though it remained unbuilt, it was emulated in many later buildings.

The cash prize of $20,000 (about €300,000 today) made it possible for Saarinen and his family to move permanently to the United States in 1923. There the 50 year old Saarinen embarked on a new and successful career as an architect and as the head of the Art Academy in Cranbrook, Michigan. He lived there until his death.