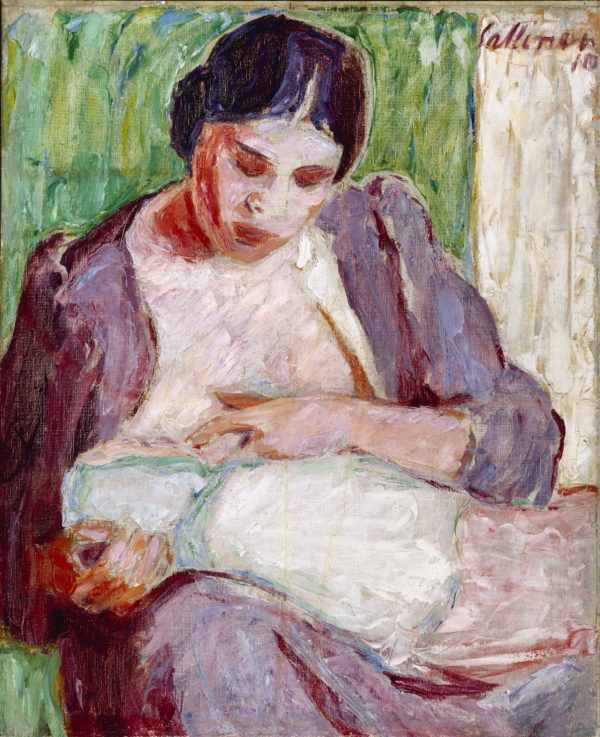 Sallinen painted his finest portraits of his wife Helmi, paintings of which a large number have come to be known as the Mirri portraits after her nickname. In Mother and Child, Helmi Sallinen is nursing her firstborn daughter. Later Sallinen destroyed the work, like he did the Mirri painting he had done in Paris, but it has been possible to restore the works. In their day the Mirri paintings were considered distasteful for their misshapen and erotic elements. Tyko and Helmi (née Vartiainen) Sallinen’s marriage lasted from 1909 until 1916. They had two daughters Varpu (subsequently known as Eva) in 1910 and Taju in 1912.