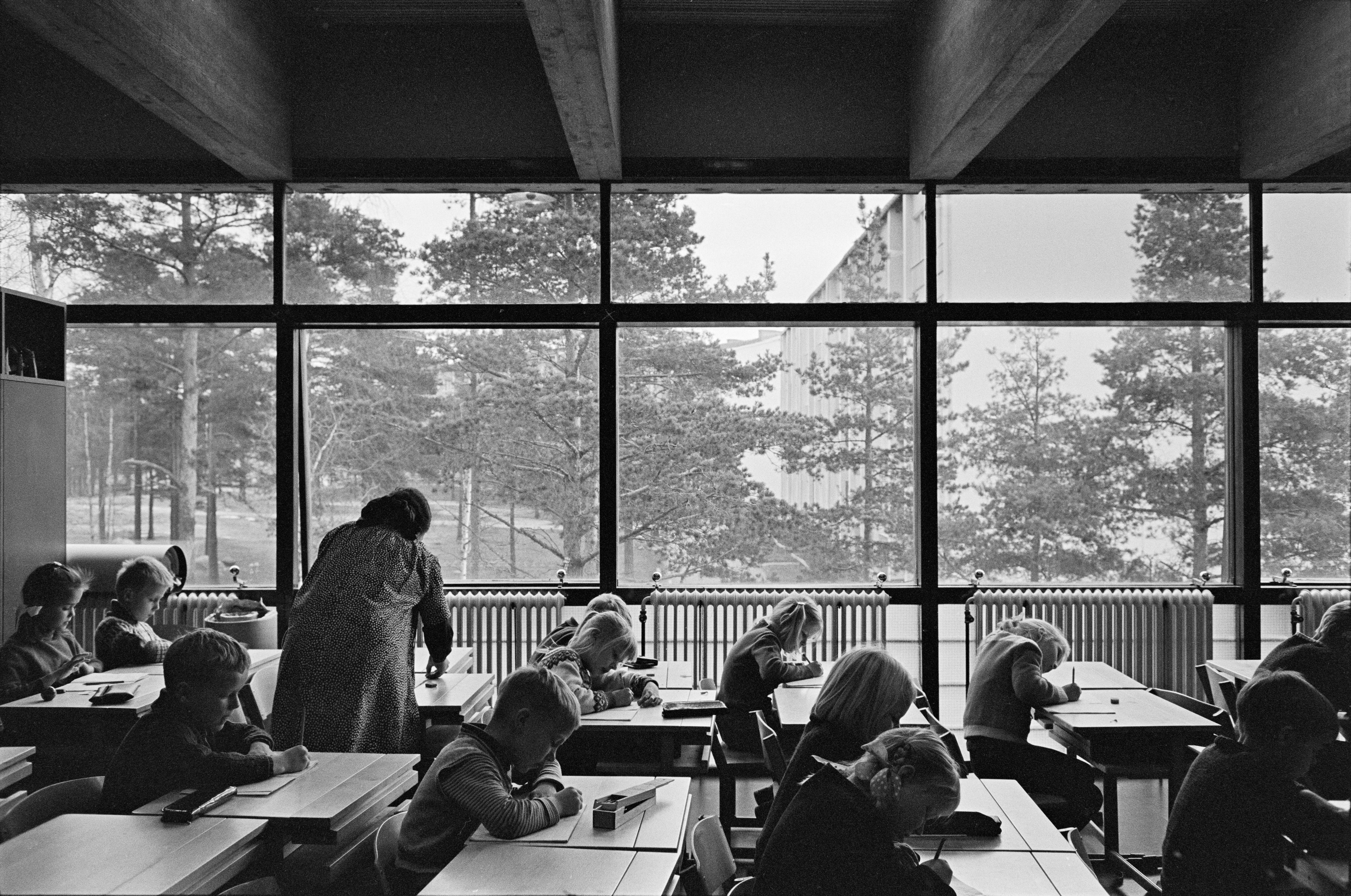 Matti Saanio (1925–2006), who frequently photographed Aarno Ruusuvuori’s architecture, documented the building’s construction as well as the newly completed school’s spaces and users. In Saanio’s photography the school’s powerful architectural features and its everyday life dovetail in interesting ways. His pictures challenge conventions of representing modern architecture through photography. Particularly clean lined modernism tends to be pictured independently of place and time, as an ensemble of voids and sculptural forms, light and shadow. One is not used to seeing the users of the space in such images. A dyed-in-the-wool humanist, Saanio finds beauty in the abstract shapes of Ruusuvuori’s concrete brutalism, but his pictures still highlight the dialogue between the school’s small users and the building.

At the heart of Saanio’s extensive output is the human being and its relationship to the environment. In particular he documented the inhabitants and environments of northern Finland with honesty but also with compassion. During his long career, Saanio also photographed Finnish industrial design and architecture. He was Finland’s first holder of the title of Artist Professor in photography (1972–78).