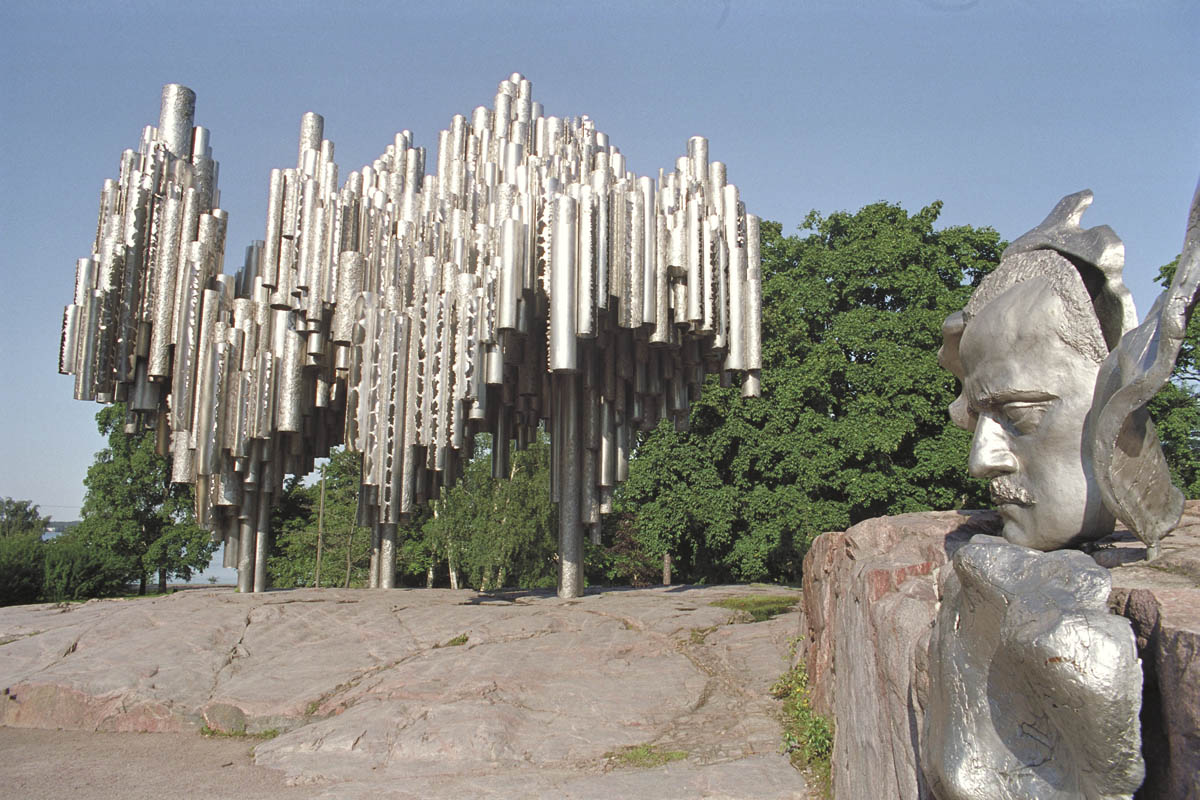 The Sibelius Society organised a competition for a monument to Jean Sibelius in the early 1960s, hoping to unveil it in 1965 for the centenary of the composer’s birth. The competition winner was Eila Hiltunen (1922–2003) with her sculpture titled Passio Musicae. Its abstract form provoked much controversy, fuelling the quarrel between abstract and representational art typical of the time. The situation was resolved with Hiltunen adding a sculpted relief of Sibelius’ face to the whole. The monument was not unveiled until 1967 with President Kekkonen present. Located in the Sibelius Park in the Helsinki neighbourhood of Töölö, the sculpture has become one of Helsinki’s most popular tourist attractions.

Hiltunen was a pioneer of adapting welding techniques to make sculpture. This work, which stands on open bedrock, is made of corrosion-resistant steel and consists of 600 unique pipes welded to each other. Seen from a distance, the work merges into the park’s landscape thus also reflecting the role of nature in Sibelius’ music.

A partial model of the Sibelius Monument, Hommage à Sibelius, was on display at the Scandinavian pavilion of the 1967 Montreal Expo. After the exhibition, the sculpture together with the building were donated to Canada. The model has since been lost in renovation works on the site. There are models of the monument also in Paris at the headquarters of Unesco and in New York City, at the UN headquarters.