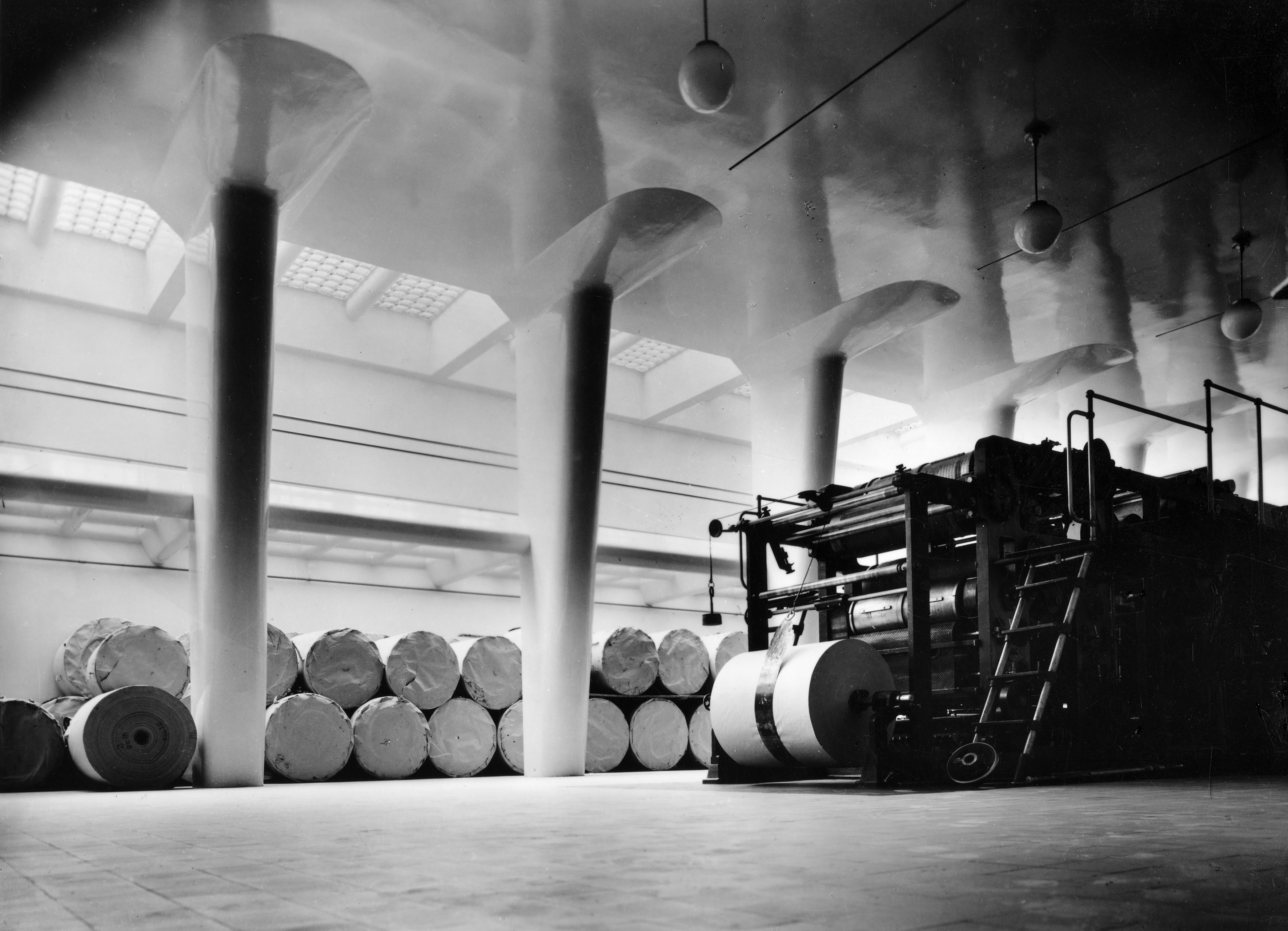 The first fully functionalist building in Finland was the printing house for the Turun Sanomat newspaper. It was designed by Alvar Aalto and built in 1929 on a central site near the main market square of Turku. In addition to a state-of-the-art printing press, the modern steel and concrete framed building housed office and retail spaces, a small hotel and a few apartments. The spacious penthouse was designed as a home for the family of the newspaper’s owner and the project’s client, Arvo Ketonen, well known for being “a friend of functionalism”.

In line with the design principles of the Swiss-French pioneer of modern architecture Le Corbusier (1887–1965), Aalto used ribbon windows for the façade, while the roof terrace also served as a garden in the central European way. The load-bearing concrete parts of the building, for example the mushroom shaped pillars of the paper store, drew much attention in their day. Aalto’s practical idea of projecting the daily paper into a display window for the citizens to read, was unfortunately never realised.