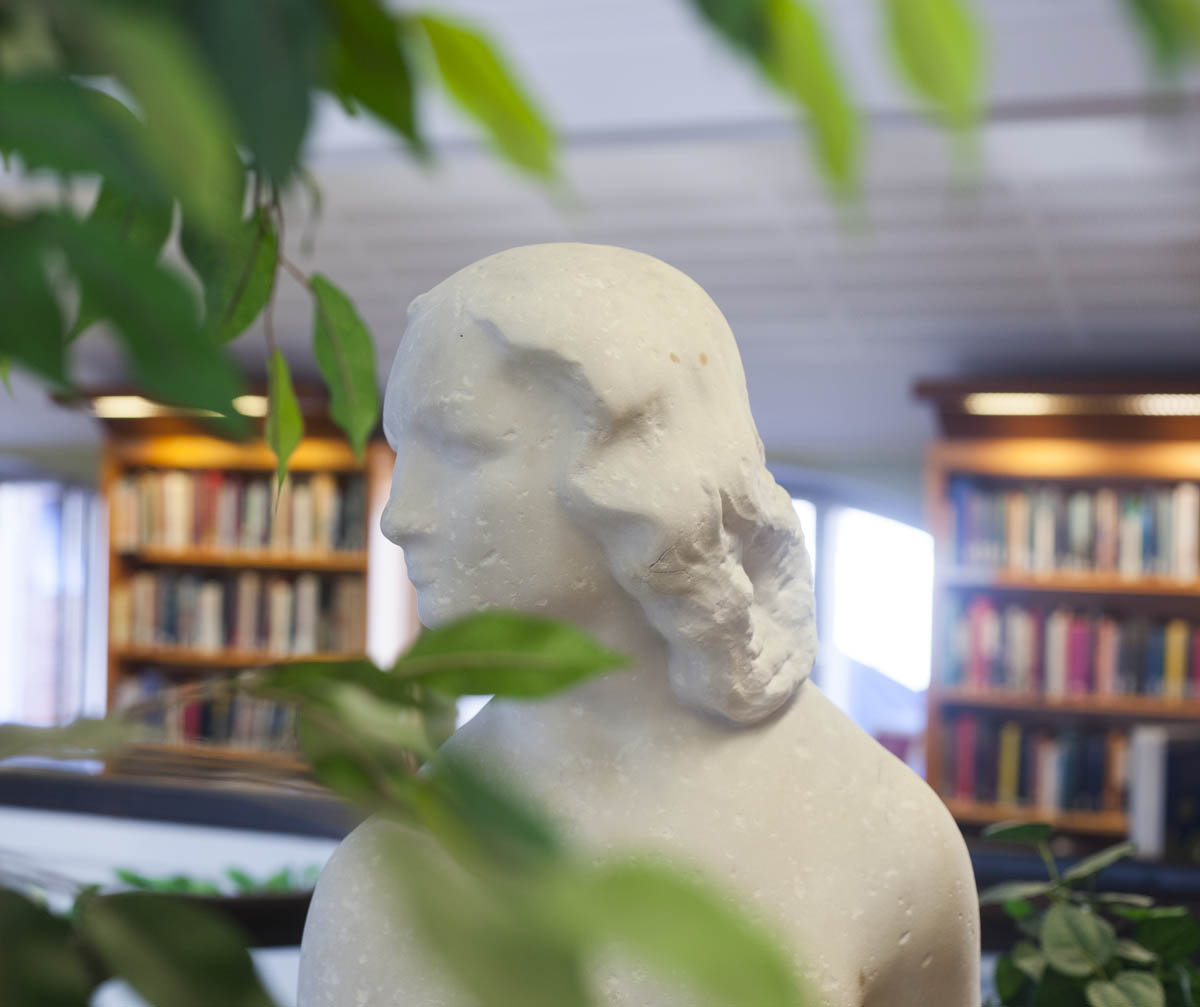 Sculpture had a significant role in creating an identity for the recently independent country. After Paavo Nurmi won five gold medals at the Paris Olympics in 1924, the state commissioned Wäinö Aaltonen (1894–1966) a full-length statue of the national hero. This work, echoing classical ideals of an athlete’s body, was Aaltonen’s breakthrough. It was seen around the world, for instance at the 1967 Montreal Expo. A recast version of the sculpture was erected outside the Helsinki Olympic Stadium just before the games began in 1952.

The poster competition for the Helsinki Olympics of 1940 was won by Ilmari Sysimetsä, with his entry Lentävä suomalainen (The Flying Finn) in which Nurmi as sculpted by Wäinö Aaltonen runs Finland onto the world map. When the games that had to be postponed due to the outbreak of World War II finally were hosted in Finland in 1952, the same image was used. The effects of the war can be seen on the poster in the form of altered texts and the changed position of the Finnish territorial border.

Half-body statues of wading women were part of Aaltonen’s early oeuvre. The female figures’ nudity was associated, as was typical of the times, with cleanliness and health. The Wader from 1924 is also known as Woman going for swim. The model for the sculpture was the artist’s wife Aino Aaltonen. A marble version was erected in 1925 in a fountain in the Observatory Hill Park. This was the first public work by the artist in Helsinki. In 1990 the statue was removed due to vandalism, and placed inside Rikhardinkatu library.

Inspired by Egyptian art, Aaltonen produced some gold-coated wooden statues featuring the Maiden of Finland. A over-sized version in plaster was on display at the Finnish pavilion of the New York World’s Fair in 1939. A miniature kantele-harp was placed in its raised hand to accentuate its national message. At home there was disquiet that a full-body statue of a naked woman should be on view in such a respectable place. Despite this, The Maiden of Finland was voted the fair’s most beautiful work of art.